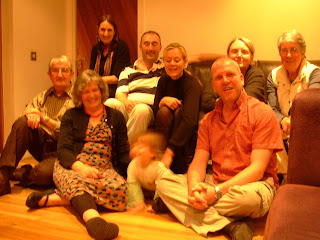 On May 17th, there was a meeting and dinner for some of Ringu Tulku Rinpoche's students and friends in Ireland where, with Rinpoche's blessing, Bodhicharya Ireland was officially formed.
There were 8 people present and some others who couldn't attend phoned us to share their opinions on our agenda and to send their best wishes.
Altogether, there are 19 students so far in Ireland - with many more expected once word gets around of the existence of Bodhicharya Ireland.

Rinpoche has given us very clear guidance of how to proceed. This will be a sangha comprising RTR's existing students in Ireland and there will not be a dharma center, open to the public, in Dublin. 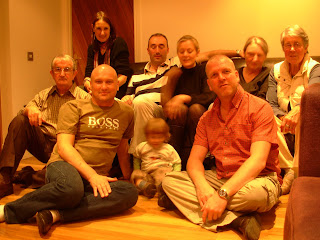 We established some of our own aspirations for the sangha, and to support Rinpoche's work, during the evening in the following areas-

Rinpoche recognised that many of his students already attended well-established dharma centers in their local area such as Rigpa and Kagyu. He was very clear that they should continue to attend them and follow their study and practice programmes as there is no difference between them and whatever RTR would teach.
Furthermore, Rinpoche encourages us to explore a Rimé [ecumenical] approach to the Buddhadharma and be as inclusive as possible. 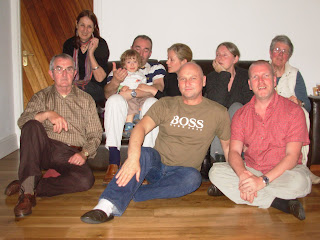 So, if you or anyone you know is interested in exploring these areas further with us please get in touch by email
bodhicharya.ireland@gmail.com

and subscribe to FeedBlitz [above] which will email you any updates to this WebBlog - this will be our main way of communicating with you.

Bruno agreed to co-ordinate for the first 3 months to help establish Bodhicharya Ireland. Everyone is very happy to have formed this sangha in Ireland and we are dedicated to supporting Ringu Tulku Rinpoche's work [and eachother] in whatever way we can.
Posted by Bodhicharya Ireland at 11:18 No comments: